We made the trip out to Manning Park last week. Liz's quartet was playing four of my songs for an "Art in the Park" event at Lightning Lake, so we booked a cabin and stayed a couple of nights. The music was great, in an epic setting. A highlight for me was hearing a new song I had composed this spring, played for the first time ever (apologies for mediocre audio and video quality):

The kids loved the pool at the resort of course, so we were in there enough to turn our skin to leather. Despite the "no diving" rule, both girls learned to dive with Grandma's expert instruction. Ella did her first flips. They loved their little room, crammed with bunkbeds, and we spent lots of time just lounging and reading.

As usual, we got curry at Sanderson's on the way and ran into our old friend Aimee there. We had a glorious (chilly!) swim at Bromley Rock. At Manning, I spent a few hours wandering in the sub-alpine meadows with my camera, taking advantage of the late-blooming wildflowers. Here's a slideshow of most of the shots, followed by a few favourites below. 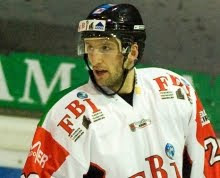 I played a couple of years of minor hockey with a guy from St. Adolphe named Mike Harder. He was a ringer, imported across the Red River by team manager Stan Plett to help us dominate the Pee-Wee hockey scene in southern Manitoba. Great kid, super scoring skills and a good attitude. He invited me to my first junior high dance at his school -- I remember being terrified of all the cute French girls, thrilled by their accents and giggles, and later being mortified by my fashion choice of a pale yellow sweatshirt with grey faux-collar. But I digress...

Like Rosenort's equivalent Mike (Martens), he was the best player for miles around, and many people thought he was destined for the big league. That must create tons of pressure on a kid, and I've often wondered what became of him, in hockey or otherwise. Turns out he played for Colgate University, ending up as the school's all-time leading scorer with 214 points in 134 games -- enough to get him into their Hall of Honor. By 1997, he was one of the 10 finalists for the Hobey Baker Award (best U.S. college hockey player) along with some guys who went on to have excellent NHL careers: Martin St. Louis, Jason Blake, Chris Drury, John Madden, and Brendan Morrison. I thought this article about him was pretty fantastic, especially with the focus on his childhood: Harder, Better, Best. 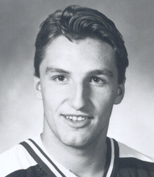 It's fascinating to see his career stats, which mirror the career arc of the vast majority of guys who take a shot at making it to the NHL -- tours of duty in various minor leagues, and some successful European stints. I was most interested in the prime of his career over a couple of seasons in the AHL (farm teams for the NHL). Although he was undrafted, in 1998-99 he scored an impressive 79 points in 79 games for the Rochester Americans, a team that had Brian Campbell and Cory Sarich on defense, with Dwayne Roloson and Martin Biron in net. It looks like most of his teammates got a cup of coffee in the NHL at some point in their careers, but he never got that call.

Somehow I doubt that he'd view his lack of NHL games as a failure. He got a degree from an excellent U.S. university, got paid for a dozen years to play a game he loves, and traveled all over the world. Bet he made great lifelong friends along the way too. I thought of him when reading (and re-reading) Essex County, with those intertwining themes of hockey, memory, choices, opportunity and family -- and wondered what his post-hockey transition might look like, since hockey players our age are now retiring or adopting the "grizzled veteran" label. Maybe I can track him down some day and ask him.

Update: It looks like Mike runs hockey camps with his company IPlayHarder, and also works with a dive company called Freedive NYC.
Posted by Jeremy at 1:30 PM 2 comments: 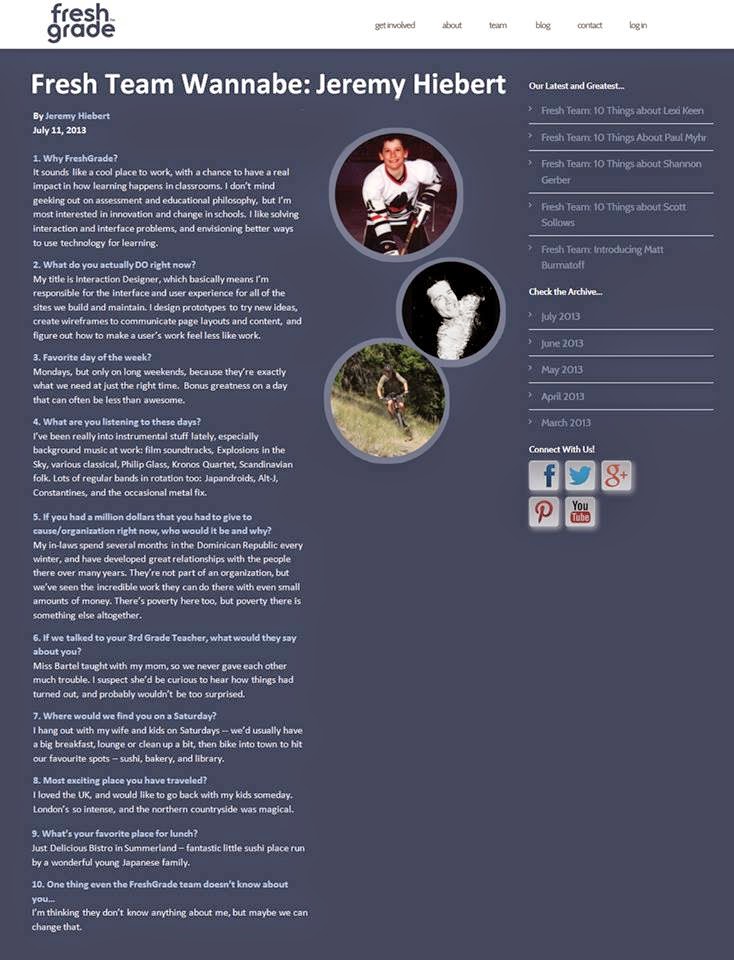 Posted by Jeremy at 1:46 PM No comments: