Seems like many of my close friends are turning 40 this year, so I'm getting the benefits of frequent celebrations. The first was Angelo, who hosted us at a great party in July with a real neighbourhood vibe, exactly reflecting where he's at in his life right now. Hands-down the best beer selection I've ever seen at any party, delicious food, perfect sunny weather, and a warm, friendly scene that anyone could melt into. I think we all felt honoured to be included, and Tannis and I had the added bonus of staying over and going for breakfast with the Eidses in the morning. Good times! Plett could have partied in Manitoba, where it would have been harder for me and Myron to participate, so we were very happy to host him here for his 40th celebrations in August. Thanks to Heather for making that work, complete with making it a surprise. Highlights included an excellent session at Joey's that continued later in our backyard, an epic Dueck boating adventure through most of Saturday that turned into a BBQ at their place, and burgers on the way to airport on Sunday. A quick trip, but full of warmth and fun with an old friend. 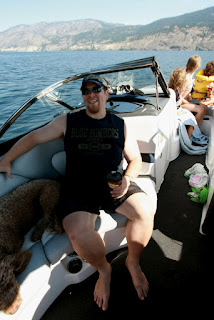 We're celebrating Andrew's 40th in Vancouver next weekend, and Myron has a huge bash planned for November, so the fun will continue. I'm starting to stew on my own milestone birthday, which will sneak up on me soon enough. Update: I think we celebrated Andrew's 40th in style, hitting Vancouver for a fun, quick trip. The Sylvia was a great place to land, Yaletown Brewpub was excellent, the symphony surprised us, and we even got to spend some time with other friends (Lorne and Andrew dropped in on Bill, while I connected with Angelo). Good times! 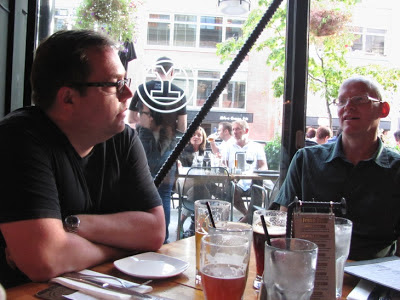 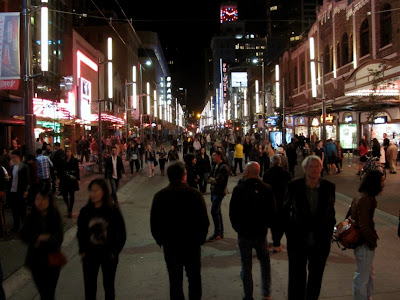 Update: They just keep coming! On the long weekend, Myron celebrated his 40th with dozens of friends up at his place -- a real bash with a great band, tons of food, and the shed done up in style. Even some friends from Manitoba came out, and Myron's folks too. We've gotten to know some of his friends from Penticton, so it's nice to connect with those people too. More than anything, these events have made me so thankful for my close friendships -- I feel so lucky to have these excellent people in my life. I've also thought about how each of these celebrations reflected the personality and lifestyle of each birthday boy. Still trying to figure out what approach I'd like to take with mine in a couple of months.
Posted by Jeremy at 10:03 AM