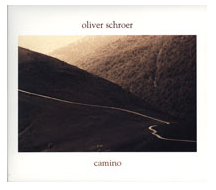 One night a couple of weeks ago I was helping Myron install pine boards on the ceiling of his shed, mostly just because I felt like hanging out and that's where to find him. CBC was on the radio, as usual, and he was telling me about this amazing show he had heard on Tapestry. The subject was a guy who went on a sort of spiritual pilgrimage with his violin, walking 1000 kms on the 1000-year-old Camino de Santiago Trail through France and Spain. Along the way, he played (and recorded his improvisations and songs) in at least 25 churches and cathedrals, many of them hundreds of years old. The resulting album is an incredible piece of art.

I think the music alone would have moved me, but reading about his life as I listened to the album tonight had me weeping. It was partly because of the inherent beauty of the music, and also sadness about his death a year ago, but also feeling inspired by how he embraced life and died with grace. Not long before the end, he wrote this:

"I realized that I see my life as something that has given to me to use, a stewardship, not an ownership. And that makes a big difference. If it was an ownership, and I really HAD my life they way I can HAVE a car or a violin or a microphone, then I could see being royally ticked of at having this thing taken away. But as a stewardship, I am allowed to live and enjoy my life, to use it to the fullness of my power, knowing all along that I will have to give it back, or let it go, or whatever turn of phrase fits best."

Update: Oliver Shroer's friend and Camino companion Peter Coffman left a wonderful comment yesterday, and his photography is the perfect complement to the music and stories. Here are his amazing galleries of his friend and the Camino experience. 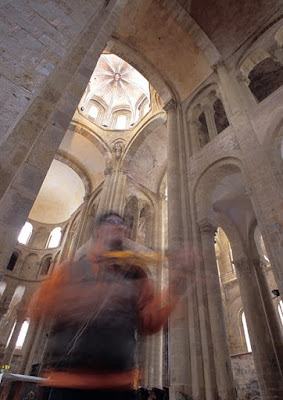 We had a wonderful visit from a long-lost friend last week -- Dean Nelles. We figured that we hadn't hung out since we visited them in Montreal when Ivy was younger than Ezra is now, so at least seven years ago. He's living a dream lifestyle right now, stationed in Hong Kong and flying a private jet all over the world, with multi-day stops in exotic places where he can pretty much hang out and have fun. Which is what he was doing here, and it sounds like his boss is fond of the Okanagan, so we may see him again before too long.
Posted by Jeremy at 11:33 AM 2 comments:

Simple, beautiful film capturing the concept of the moment (thanks to Rob)...I'd love to work on projects like this:

Despite the continuing hot forecast, it feels like the summer is winding down, with cool nights and that extra sparkle on the water as the sun's arc descends. It seems to have gone quickly, yet we probably had our longest summer ever, with the heat starting in May and continuing almost right through. This might be my favourite part of the summer -- everything gets quieter as the tourists head home, and I love sleeping under thick blankets in colder air. The lake is still warm, the beaches are mellow, and the fall mountain biking season begins. The last of the cherries are disappearing now, replaced by incredible nectarines and freestone peaches, early apples and pears. Lots of squash showing up now, along with tomatoes, potatoes and carrots.
Posted by Jeremy at 9:56 AM 2 comments:

If it seems like I'm fixated on the kids right now, that's only partly true. Tannis had her hockey camp all last week, so I've been putting the crew to bed most nights -- not an insignificant project, repeated relentlessly...but I do enjoy the stories and coziness of the routine. Tonight I threw together these three film-strip-style shots and thought I'd put them up right away.

A couple more recent photos too:

Update: Tannis posted some thoughts and photos from the KVR ride as well...
Posted by Jeremy at 10:55 PM No comments:

Although it's apparently all about the kids all the time these days, I have been capturing little bits of non-human beauty. I haven't gone out to really do photography in a while, more often just throwing the camera in a beach bag on the way out and not bothering to take any pictures.

One of the neatest things was finding a praying mantis in the backyard (the one below), and then finding another one twice as big the next day (the one pictured here, which really must be seen large). This after not seeing one for years!

I also liked this bee on what I think may be globe thistles, taken on a jaunt with the kids to the Ornamental Gardens. Quick notes about the ones below:

I didn't take a single photo, so I'm in danger of forgetting to record this one, but we had a great get together here last night. My folks took the kids out for lunch, freeing Tannis and I to have a brunch date at the Cellar Door Bistro. In the afternoon we tidied and prepped food. The Hildebrands from Altona are here on vacation, so they were the guests of honour, and our mutual friends the Vandersluys clan joined us as well. 16 people altogether, and everyone rocked in the potluck department. Ivy, my mom and I had practiced a few of our songs, so we performed for the first time as a trio -- our audience was gracious and appreciative. I played a couple of my newer viola pieces, and Ivy did some fiddlin', which provided an Irish soundtrack for Ella and Erika to dance to. Hannah showed us some of her awesome Karate kata moves; fluid, yet powerful.

The kids ran wild as the light faded, and the grownups mostly got to sit and chat with full bellies and refilled glasses.

Posted by Jeremy at 9:31 AM No comments:

I noticed that I've had a few nice photos of Ella piling up in Flickr again. Here's a quick set from the last couple of weeks: out taking photos, being silly, lounging with her friends, taking care of her brother, and hanging out with Ivy. She's having a great summer, I think -- so often happy and willing to go with the flow. Although we're seeing signs of a more strong-willed six-year-old who's not far from leaving her Kindergarten days behind.

Here are some quick video clips of Ella at her week of Irish dance camp earlier this summer, followed by some photos:

I added some video clips of
Ezra blowing out candles and opening presents (on the birthday post below), for those very few people who actually enjoy viewing these things. You can see the glee in many of the clips, which is why I thought they might be worth sharing.
Posted by Jeremy at 11:42 PM 2 comments:

While Ivy's incessant whistling and humming can get to be a bit much, she's got a great ear, and she's picking up the violin very quickly. I thought I'd throw together a few recent clips of her playing; a cross-section of the types of things she's enjoyed most:


All of this from a kid who hadn't ever touched a violin before last fall -- we're very proud of how hard she's worked at it. Here are a few recent photos of IJ too:

More of a Composter Than a Composer

Remember last time when I inflicted my beginner violin "stylings" on the web? Now four months later, and three months after I got my viola, I figured I'd oblige my adoring fan(s) with another. That's you, Mom...and maybe one anonymous reader who only enjoys these for their mockery potential.

A bunch very short clips would be way more entertaining and easier to digest, but I opted for the opposite: two relatively complete pieces of music that I came up with. They're still just over a minute each, but this is not riveting footage -- the nerdy guy with the poofy ponytail just stands there sawing away in his dining room. The first tune is one I came up with for my recital, and I'm still enjoying playing it months later, which is a good sign. The second is one I've been working on for the past couple of weeks -- more of a classical piece, with some early (and shaky) experimentation with vibrato and third-position playing.

Our little guy is two today. Although he has seemed terribly two for months already, his real spirit is emerging right now, and it's a good one. Challenging, keen and fun. A few things he particularly loves:Update: Here's 90 seconds of video clips of Ezra blowing out his candles and opening his presents. You can see the glee. Super thanks to all the grandparents for the gift of an amazing train table setup that has been getting a lot of use!

Man, just like that, it's August. The updates have been few and far between, so this is a grab-bag: