Blurb added a cool new feature today. Now you can preview my entire looking into ice book -- if you click the "Full Screen" button, it looks fantastic, and it's fun to turn the pages virtually.

In other book news, I gave away all my copies. If anyone's interested in buying one, let me know so I can order a few more. I still had one left for Jason's Christmas present, but lent it to the local art gallery as part of an "artist's proposal" to see if they wanted to display the photos next year (fingers crossed).

Update: The Summerland Art Gallery wants to show my photos as their first show of the year (out of six), running from late January into March. So I've got a few months to do some curating of my own work -- selecting, printing, mounting/framing and finally deciding how to display them in the gallery. What fun!
Posted by Jeremy at 11:42 AM 8 comments: 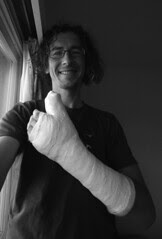 I crashed on my bike yesterday. Just a little wooden ramp that I must have misjudged, or it flipped sideways as I hit it too fast, dropping my front wheel into a large wooden block that stopped the bike as my body continued moving forward very quickly.

I got a bit banged up, and the doctor riding with us could tell right away that my thumb was broken. I had surgery later to insert several pins to stabilize it...so most of my Sunday was spent in the hospital. And yes, the cast looks ridiculously large considering that it's just a broken thumb. No viola or mountain biking for me for at least a month, maybe two.

So why the smile? I’m extremely thankful that it wasn’t much, much worse, considering the speed and how I went tumbling through rocks. At least I can still use my camera... 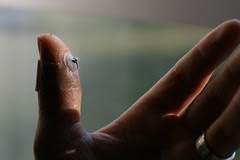 November 9th Update: The pin running the length of my thumb came out almost three weeks ago (or a month after the break) -- I was expecting it to be painful, but the doctor just clicked his pliers with a grin and pulled it out slowly without any pain meds or anything. At that point I got a removable cast, which I promptly removed, but kept the tensor bandage on for a week or so. Eventually I was down to a bandage, but I still had the bone stitches and button in until this morning. He cut the button off, then pulled on the stitches quite hard as he pushed down on the skin around the threads, then snipped them one at a time -- four times -- not at all comfortable. 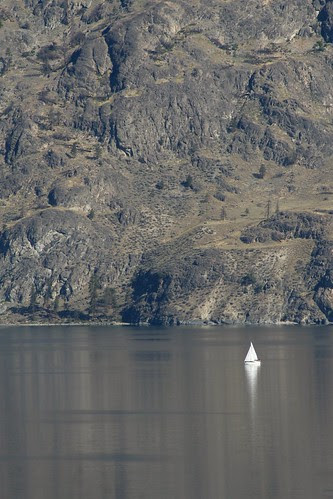 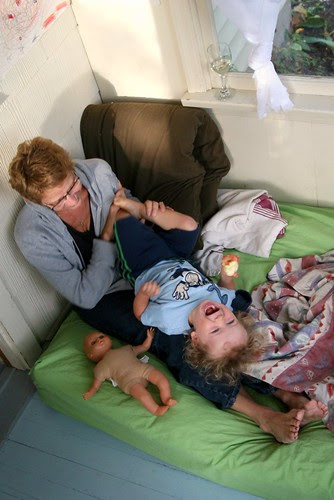 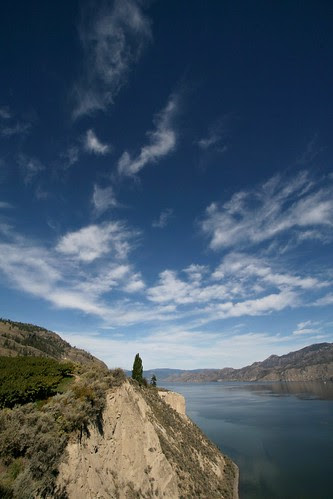 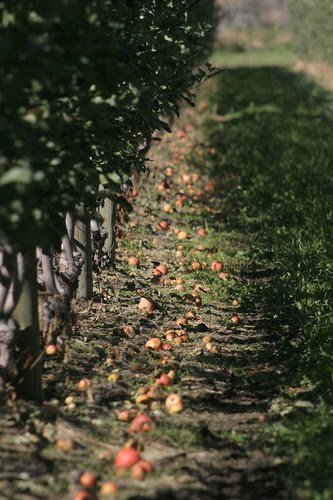 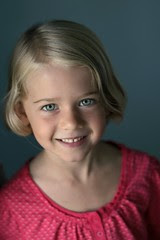 Oh, this dear middle child of ours. A couple of weeks ago she made up her mind that it was time for a legit haircut, and I think the result just ramps up her usual flair. Free spirit, fun and sharp. I snapped these two pics the moment she got home, proud as punch.

Today she headed off to Kelowna to pick up her middle-namesake, Grandma Pearl, at the airport. She was so excited. The kids always love having her here as the most enthusiastic playmate and buddy. We're feeling lucky that she can scoot over here for a week. Speaking of which, I'm done work for the day with an empty house that needs tidying, and supper to be made...better get on it. 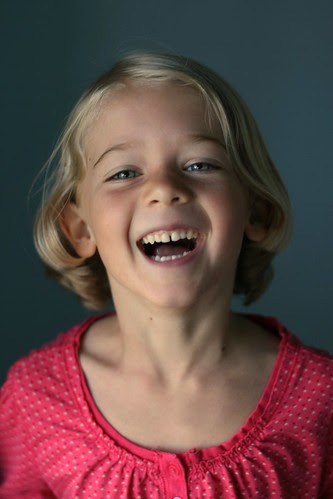 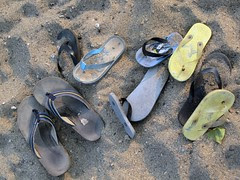 I think I took this photo, but it was Bill's idea and camera -- I love it, and can't believe how many feet our family has. After a gloomy and wet Labour Day, it's back to a last blast of summer, and we've been taking advantage of it with some excellent daily beach sessions. The water is clear, sparkly and bloody cold, but when the wind is north, the sun really heats up the sand at Sunoka (facing south) so you want to jump in anyway. We've been meeting friends down there spontaneously -- the Duecks, Vandersluys clan, Kupecs and O'Gormans. I wish I had brought my camera more often. A few more shots: 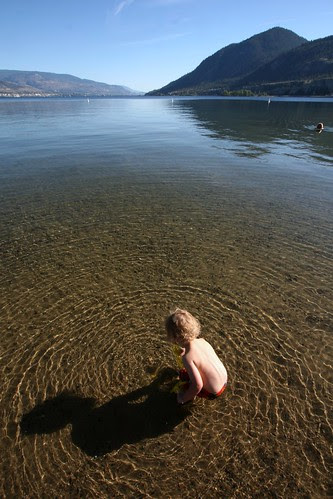 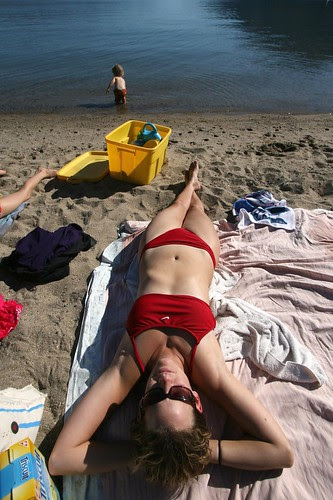 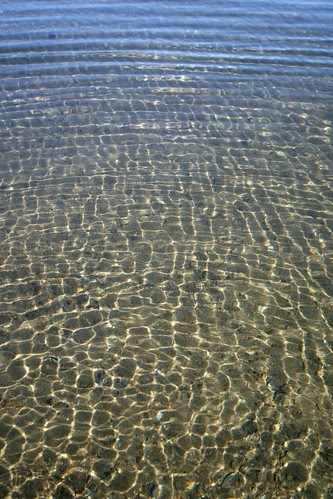 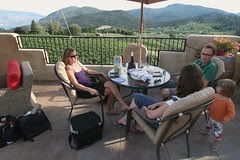 Dear old friends Angelo and Esther joined us here for the long weekend. Although the weather didn't cooperate much, it was fantastic for us to all get together again. First thing after they arrived, we hit the patio at Thornhaven and shared a very nice Gewurztraminer in a beautiful window of sunshine. Fresh bread and aged cheddar, too.

Imogene Finch, seen here with with her lovely mom, was the star of the show -- such a cutie, with a great spirit and sharp mind. One of the afternoons, Tannis got her and Ezra going on bubbles in the backyard. Angelo was the master player, able to keep all the kids laughing and running until I was exhausted just watching.

Angelo and I snuck out for a couple of great rides, hitting Separatiste and Giant's Head in between bouts of cooking and lounging. One morning we found ourselves at the Beanery for breakfast and coffee. In the end, Tannis dropped Esther off in Kelowna to fly out for work, and Angelo cruised back to Vancouver with Imogene. A few more photos to help me remember the excellence of the weekend: 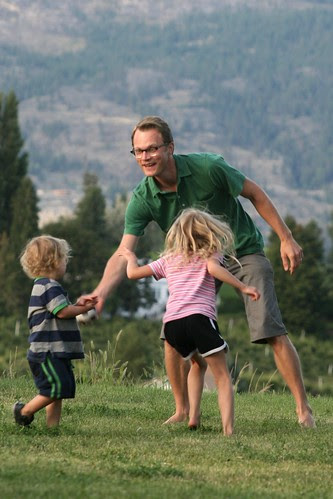 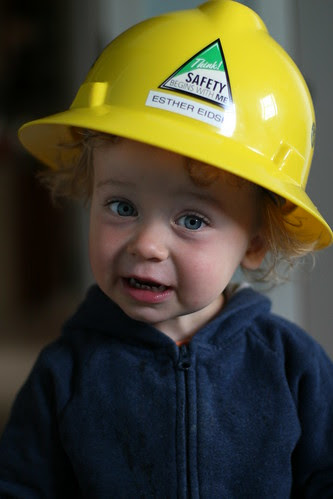 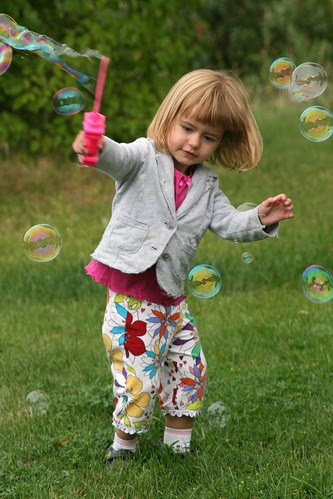 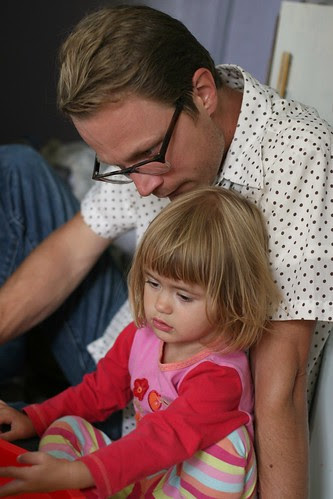 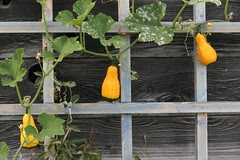 I still haven't been too busy with the camera lately -- I'm hoping I find/make the time to pursue some great photos this fall, before everything turns brown-grey again in November. But I have been picking it up the odd time and wandering around the yard -- most of these are taken within 50 feet of the house, including these two abstracts: diagonals and coneflower heads. 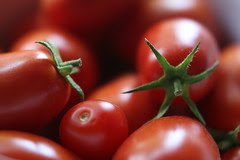 I should take more photos of the amazing things coming out of the garden these days. The tomato supply hasn't been as heavy as last year, but still decent. More pumpkins and less zucchini, potentially due to pollination problems. The sunflowers were mostly self-seeded ones from last year, so they didn't get huge. We've had ominous clouds, flashes of pink, and shining faces. 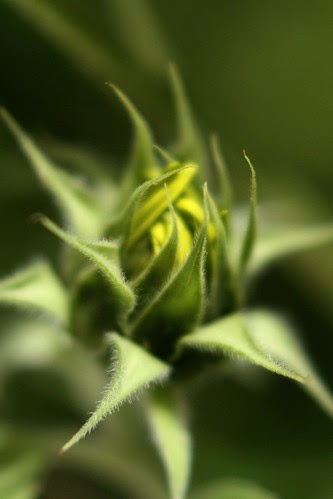 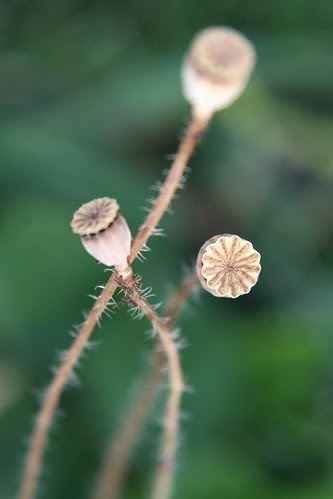 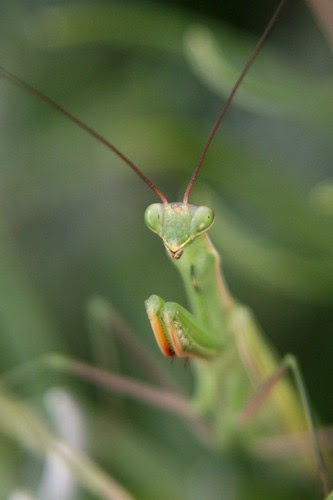 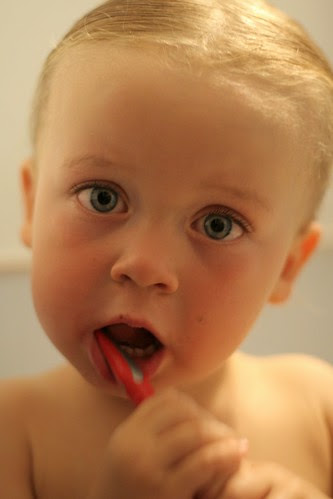 Posted by Jeremy at 2:33 PM No comments:

I love this photo showing Tannis in her element, immersed in the creative process. She posted a bit about this quilt yesterday, along with a report on her nifty pottery (with photos!), and her account of the KVR ride from Chute Lake to Red Rooster Winery a few weeks ago. Feel free to stop by there and say hi. 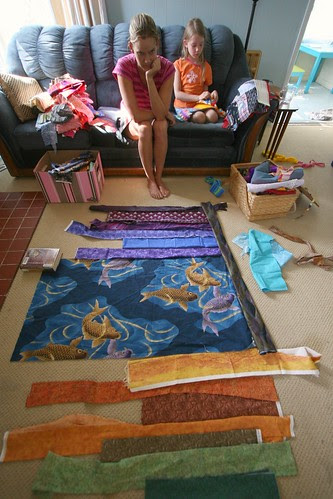