It's difficult to describe this week's U2 show without referencing and comparing to the last time we saw them three-and-a-half years ago. Not much has changed since then: Bono looks a bit more like Gene Hackman but his voice is still magic, the mid-tempo and up-tempo songs blow the roof off in concert, the band never makes a mistake, and their shows are always full-on, over-the-top spectacles.

Angelo and I hit a pub on the way, enjoying a few beers and burgers. Keeners Myron and Ben apparently crashed a line and raced to the front of the stage when the doors opened at 5:30. We cruised in just as the Black Eyed Peas finished their odd set, sometime after 7:30 -- what a terrible match for U2. The crowd on the floor was still pretty loosely packed until maybe 15 meters from the front runway thingie, so that's where we stopped and spent the rest of the show. Close enough to get a good view of everything, especially when band members came around the runway.

The space-station-claw stage apparatus was truly massive -- watching a time-lapse movie of the setup-show-teardown cycle is unreal. This was a real stadium-sized show, and I enjoyed turning around and watching the sea of 60,000 people surrounding us. The sound definitely wasn't as good as the arena show last time, with shrieking treble that physically hurt at times, but most of the time it was ok and very LOUD. I'm getting old, obviously, and standing in one spot for three hours had me questioning the wisdom of floor tickets. It was weird seeing half the people watching most of the show through their cameras and cell phones, and I got plenty sick of having people "singing" off-key loudly in my ear the entire concert -- why can't fans just listen and leave the terrible singing for karaoke nights?

It's fascinating to watch the nearly identical live show from LA on YouTube taped a few days before -- same setlist, same unreal stage, same band. I don't know how interesting it would be to someone who hadn't seen the tour, but I love having a virtual record of it like that. Great visuals and sound for streaming video, too.

But anyway, it's about the songs...so here's the setlist with my pithy (pissy?) commentary attached:So at this point we were seven songs in and I had heard two songs I really liked, one of which I already heard at the last concert. The initial buzz of the huge spectacle had worn off, the amazing visuals were becoming less amazing and I wished I had brought some water. Thankfully, they really ramped things up, reeling off a bunch of great songs with real energy and intensity.And so they walked off the stage for the obligatory break before encores. I can hardly wait for a band to do away with this stupid ritual, and I wish it was U2 -- simply publicize it beforehand that there will be no encores, tell people when there are a few songs left, say goodbye after the last song and turn on the lights. But I digress...And then it was over, and we wandered out into the Vancouver rain. I'm not sure I'll go again if they come in another four years, but who knows? Although this was the primary reason for our trip, we had other adventures too -- more on that later.
Posted by Jeremy at 3:28 PM 6 comments: 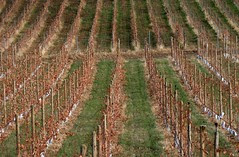 It's been a while since I recapped what's been going into my body and mind. I realize that these things are only interesting to me a year or more later. It also helps me see that I'm not reading anything again. And no, the photos have nothing to do with these words. 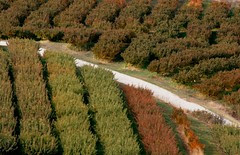 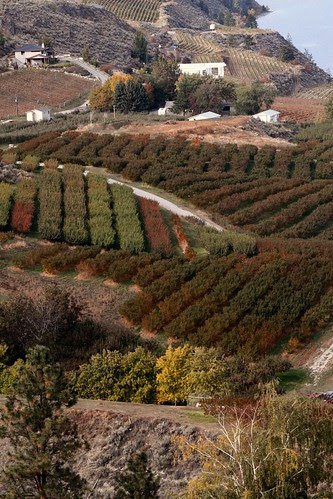 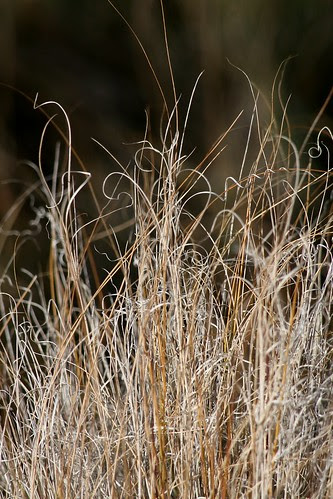 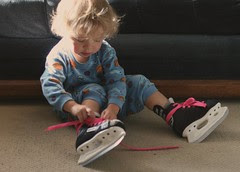 Ezra was playing behind me in the living room moments ago when he started barking out numbers with authority:

I wasn't sure what was going on, but after the second five it became clear as he called out:

And the spaceship blasted off into space. 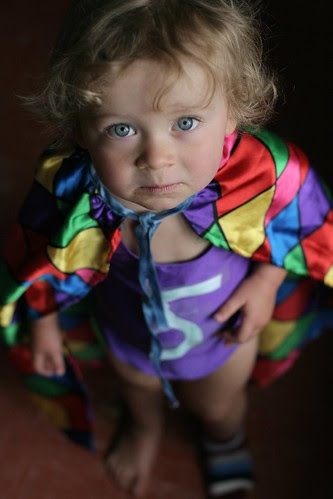 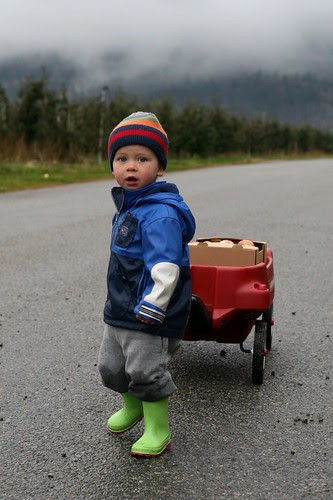 Our dear Ella turned six today. We often think of her as much older, and have had to remind ourselves that if she was in school, she'd just be starting Grade 1. Seems like about six weeks ago that she turned five. She was plowing into the first Harry Potter book this week, so proud that she was able to do it and keeping us entertained with running commentary about how far she was in the story. Some of her easy-going nature has seemed to harden into a more stubborn, independent streak lately, yet she's still got that little-girl innocence and quiet beauty too.

The Hiebert grandparents returned from Manitoba in time to take us out for fish 'n chips and celebrate last night. This morning she had a big breakfast and opened some presents, including fantastic goodies from the Friesen clan. This afternoon she celebrates with a pack of friends at the pool; swimming and cake and chaos. Happy birthday, beloved daughter. A few favourite photos, starting with a classic from half her lifetime ago: 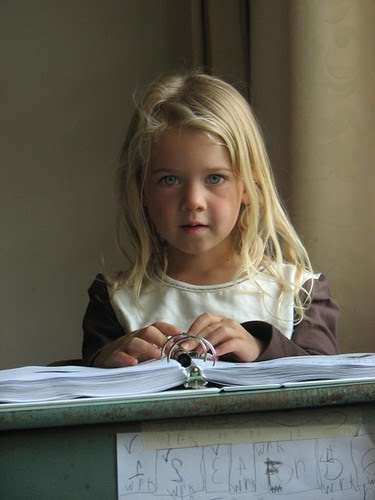 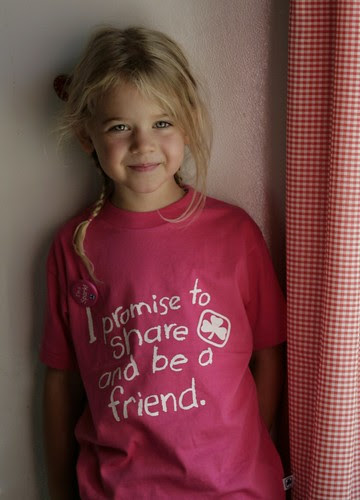 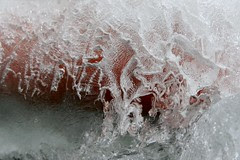 I wasn't convinced that I was going to dive back in to ice photos as the weather got colder, but when Tannis came in from a trip uptown with reports of an orchard filled with icicles this morning, I was out the door in a flash. I guess the orchardist hadn't paid attention to the frost warnings and left his sprinklers on all night. His loss, my gain. Lots of interesting formations and literally thousands of icicles, which gave me a couple of hours of fun. I should probably institute a moratorium on new ice pictures until I've completed the preparations for the gallery show in the new year...but it felt great to be back at it. 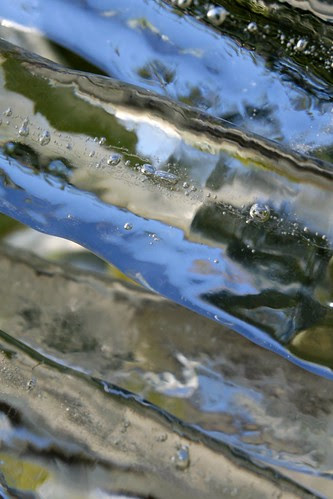 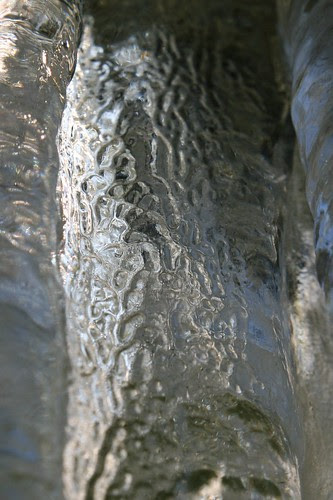 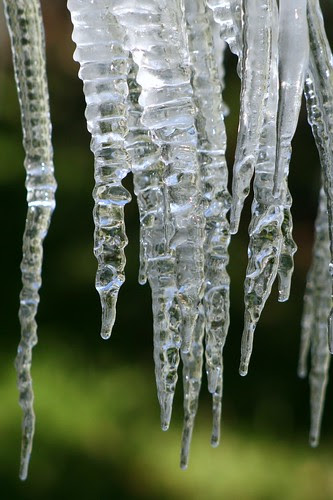 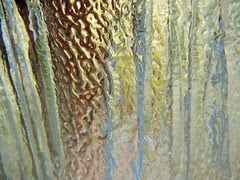 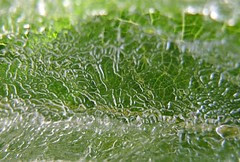 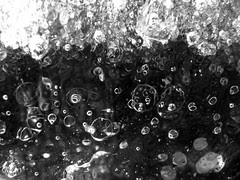 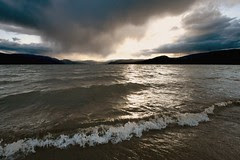 A few notes on the week: 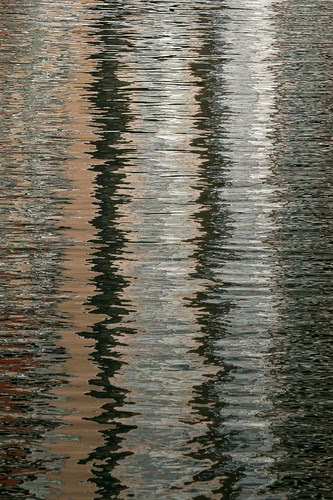 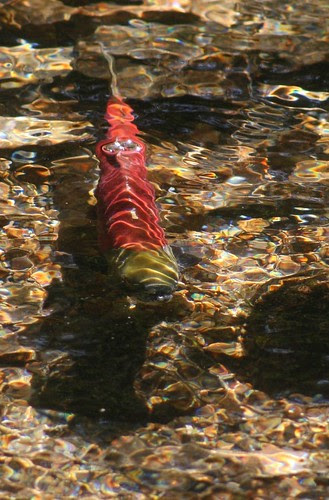 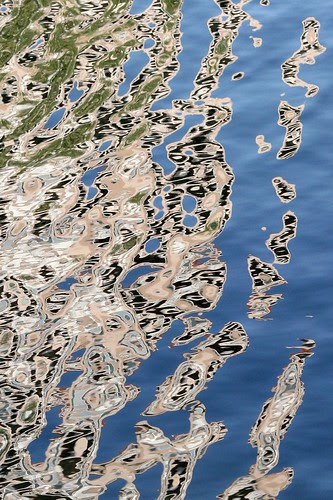 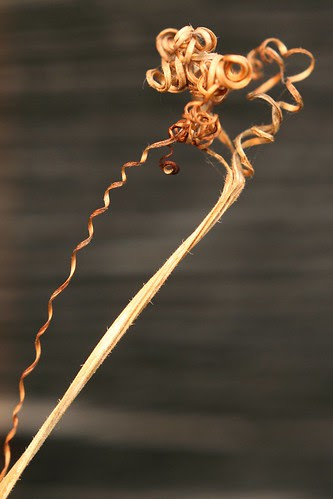