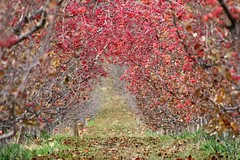 I keep forgetting to put my fall photos up here -- or just procrastinating, I guess. It's been a real source of happiness for me to get out and take photos of beautiful things, and I'm at least a month behind in posting the results. Orchards (slideshow here) have been the most frequent target, as they've been putting on the most spectacular displays as the seasons change again. I've been noticing shadows (and here) and tunnels lately, but colour is getting elusive as it drains away into winter. 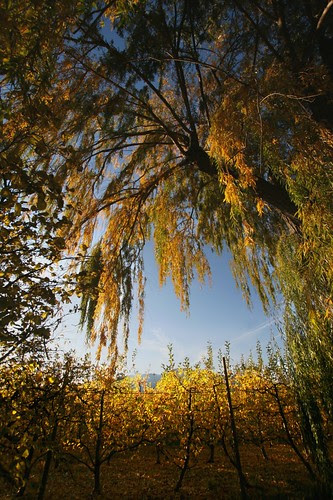 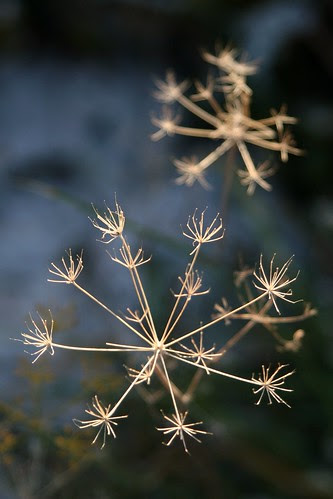 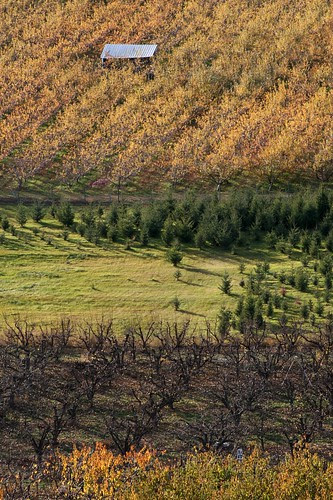 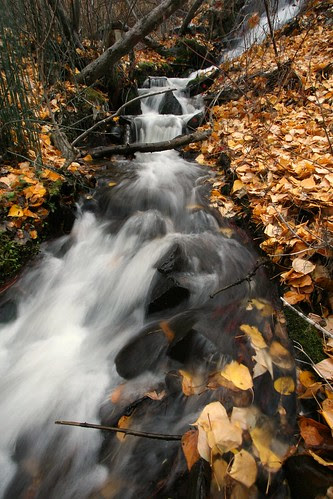 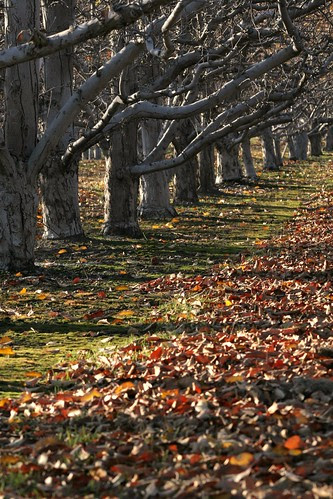 Skytrain to the Airport

I finally downloaded the photos from our point-n-shoot, unearthing some neat pictures from summer. Also on there were some video clips and shots of our skytrain adventure to the Vancouver airport -- I cobbled them into a quick video. There's a bigger version in the original post below, and I'm pretty happy with it. The outing had a profound effect on Ezra, and he brings it up several times a day (weeks later): "Daddy, someday I wanna go onna skytrain again yesterday."

Big thanks to Angelo and Imogene for hosting one of the highlights of our trip. 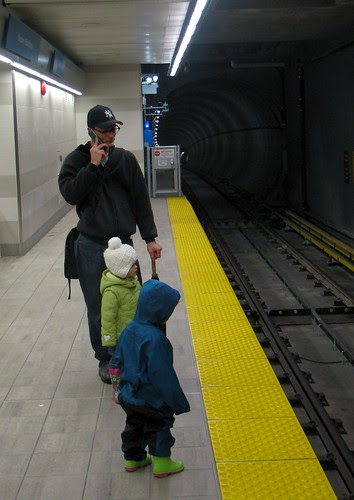 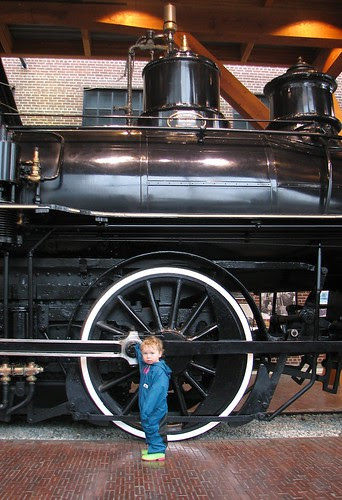 Posted by Jeremy at 9:32 PM No comments:

We haven't seen too much winter yet, but a few cold mornings have yielded some interesting ice. On one of my days in Kelowna, I grabbed sushi and went down to Mission Creek Park -- just beneath the main bridge, there were some shaded puddles that were frozen over, so I spent a few minutes taking photos. The creek down to Peach Orchard has had some great icicles too. Yes, I'm such an ice geek. (...or a nice geek, as Tannis says) 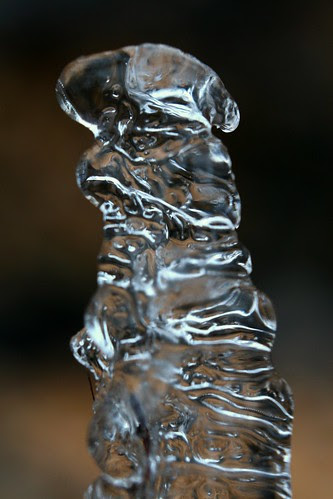 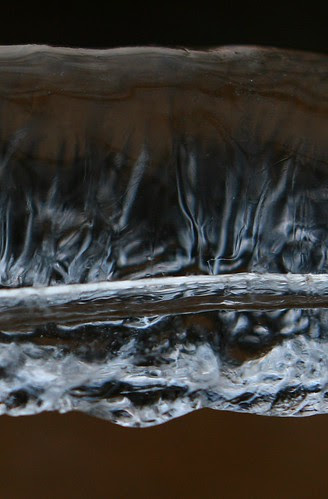 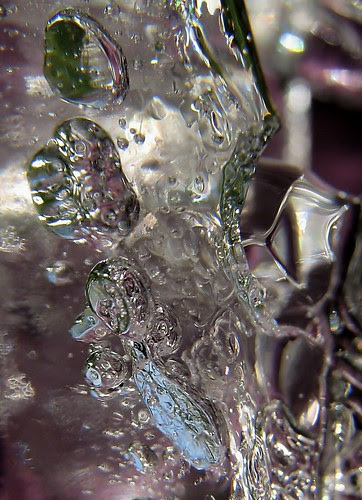 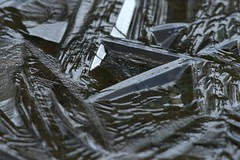 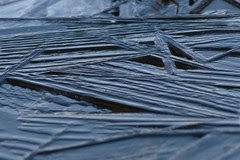 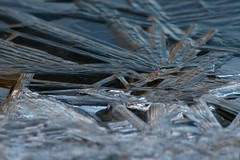 Newest Member of the Family 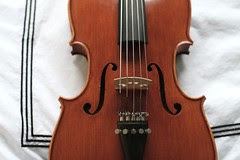 Did I need another stringed instrument? No. It's almost embarrassing already, as the total including guitars is now approaching 10. I've decided to sell my beloved violin because it's just not getting any use. If this new viola pans out, I can let go of my first viola too.

This is an interesting one. As part of my discovery of Oliver Schroer, I found out that he primarily played a five-string violin. My curiosity piqued, I picked up a cheap-o 5-string electric from a company in China that was listing on eBay. As I had my eye on five-string violas as well, I asked them if they'd be able to make an acoustic one to my specs, and they gave me a very reasonable price. After some back 'n forth, fits and starts, they finally got it built and sent it out across the planet. It blows my mind that I can exchange some e-mails with someone in China and have a custom-made instrument shipped here in a few weeks.

It arrived on Monday -- the woodwork is beautiful, exactly like I had hoped. As expected, the fittings and setup are poor -- this is apparently the story with nearly every instrument imported from China, as if they've figured out the wood part, but not much else. By the time I put good strings on, get it adjusted and set up properly, it won't be such a bargain any more, but hopefully the sound will make it worthwhile. My plan is to string it with a low F, giving it a range nudging into the cello world...or if that doesn't work out, the standard tuning plus a high E string to cover the range of the violin. 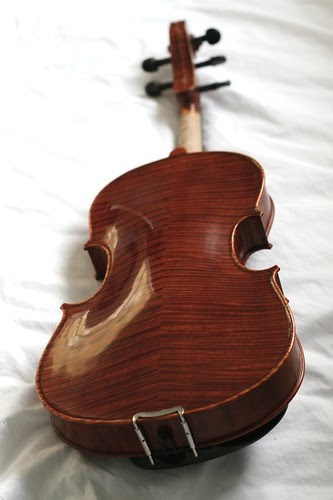 Dec.7 Update: I've been playing this beast daily for a few weeks now, and it's getting better. Different strings improved the sound a lot, especially a very expensive (rare) F string. I wouldn't say it's better than my old one, but not worse either. I've been working on a half-dozen songs lately, and recorded them with the camera, since I don't have a proper audio recorder yet. So this isn't compelling viewing, but if you're curious about the kind of music I'm composing right now, this gives a pretty good overview. My challenge now is to envision how other instruments might join these tunes, ideally meaning that the viola could fade into accompaniment at times -- I'm thinking that these could be arranged for a small group of three-four instruments, and crafted into 2-4 minute instrumental songs. Some percussion would be great, some plucked strings, and something to fill in the bass end. 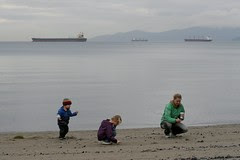 When a guy doesn't post for a couple of weeks, then busts out a thousand words on the minutest details of a rock concert, you know he doesn't have much else going on. Work's been blah, the weather's feeling like late fall, and I think I've been wallowing in a shallow pool of self-pity over my stupid thumb, which should finally have its last foreign objects (bone stitches and button) removed on Monday. I've regained a few millimeters of movement in it too, which is better than the zero I had last week. I've really missed riding my bike. Thankfully I've still been able to play viola and take some pictures. So now I'll bust out another 1000 words on our five days in Vancouver, an adventure for us that would barely register as a real trip for normal people, never mind something worth taking 400 photos of and rambling on about online for imaginary audiences. Nevertheless, we needed a getaway, and the highs outweighed the lows by a longshot. 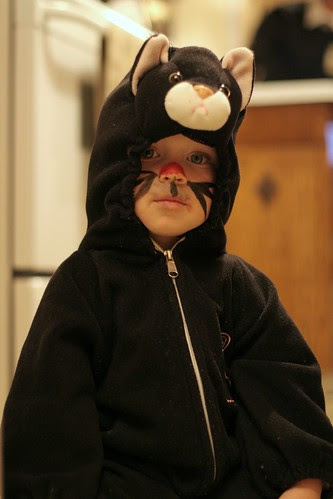 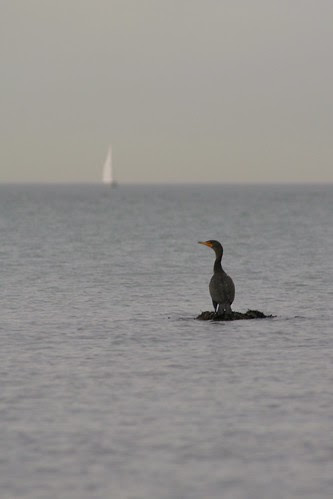 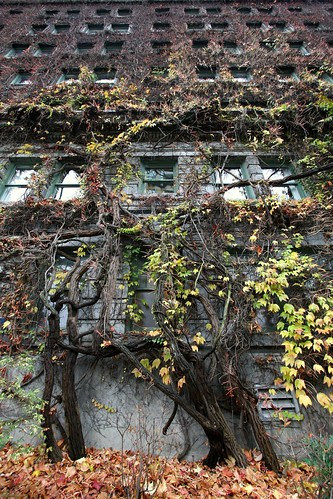 Posted by Jeremy at 9:54 PM No comments: